Today I thought I would share with you a very special recipe, something you would want to cook for a special occasion maybe like a birthday? an anniversary? Valentine’s Day? I have personally cooked this for our Christmas dinner on the 24th and it was one of my best dishes ever!

So what is she on about??? I am talking about lobster thermidor.

I would keep lobster thermidor for special occasions because this is a delicious but expensive treat and because although the recipe is really easy it will steal a bit of your time. Make sure you do not “try” too much the Cognac/French brandy whilst making the sauce you would not appreciate as much the end result :-)

This is originally a French dish but I have to admit that the first time I ate this dish it was in an American restaurant in the UK…  good food knows no frontiers!

As per Wikipedia: “Lobster Thermidor was created in 1894 by Marie’s, a Parisian restaurant near the theatre Comedie Francaise, to honour the opening of the play Thermidor by Victorien Sardou. The play took its name from a summer month in the French Republican Calendar, during which the Thermidorian Reaction occurred, overthrowing Robespierre and ending the Reign of Terrror.”

Lobster thermidor is a creamy and indulgent dish for which you mix the glorious cooked flesh of the lobster with a scrumptious sauce before putting everything back in the lobster shell and serving. Side-wise, it works wonderfully with plain skinny French fries. Yes, my dad did frown of disapproval when I initially told him that I was going to serve French fries as a side for our Christmas dinner… however when dinner was served and he enjoyed the all thing, the frowning was long forgotten and replaced by a huge smile :-)

I purchased my lobsters cooked from the fishmonger however if you have a big stockpot and feel really brave like Julie Powel in Julie & Julia, go for live lobsters! My top tips when buying lobsters would be the bigger the claws the better (the meat in it is sooo tender) and ideally you would want to go for an average size lobster around 750 grams (bigger the meat might be less tender/harder to cook evenly and smaller it will be too fiddly to get the meat out of the claws). All in all having a great fishmonger is great when making such purchases and I am very sad that my local fishmonger closed down.

This recipe is an adaptation of a recipe I found in a great cook book my neighbour lent me for the occasion: The Billingsgate Market Cookbook

Fancy getting Croque-Maman latest updates directly delivered to your inbox? Simply enter your e-mail address below and click subscribe! 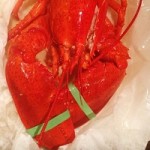 Lobster Thermidor is a creamy and indulgent dish for which you mix the glorious cooked flesh of the lobster with a scrumptious sauce before putting everything back in the lobster shell and serving. 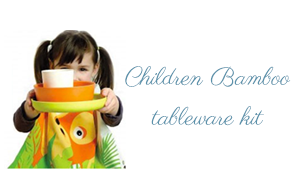 Let's be inbox friends, shall we?

No more than one AMAZING email a week, promise :)